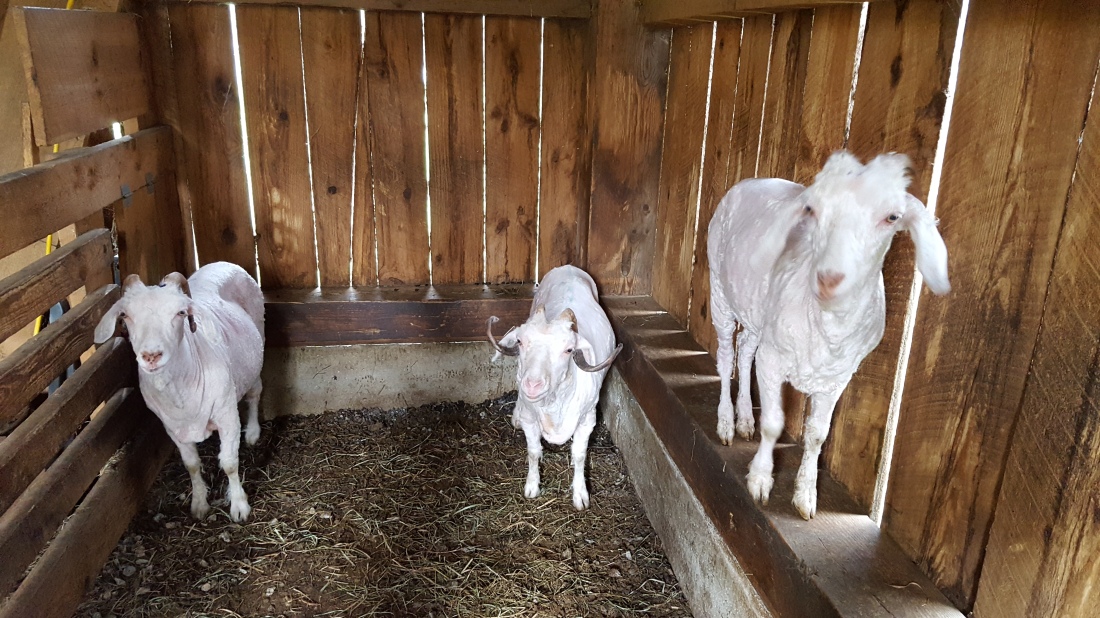 Four more shearings today.  From left to right, above: Janet, Columbia, Beatrice.  Though who could tell!  Except Columbia is developing quite a curl to her horns.

Beatrice yielded 9 pounds; Zowie (not shown), 8 lbs. 12 oz.  Both of those will hopefully be sold straight to Green Mountain Spinnery; Beatrice and Zowie are the youngest at only 2 and 3 years old respectively, and they’d been coated all winter.

Janet yielded 8 pounds after I’d skirted (thrown away) a fair amount for filth and scabby skin – she had the bugs really bad.  Columbia also had bad bugs, but produced a yield that was beyond my little scale’s capacity.

My life's journey has taken me from the streets of New York, up the Hudson Valley, to a little goat farm under Vermont's highest mountain. View all posts by christinestaffa