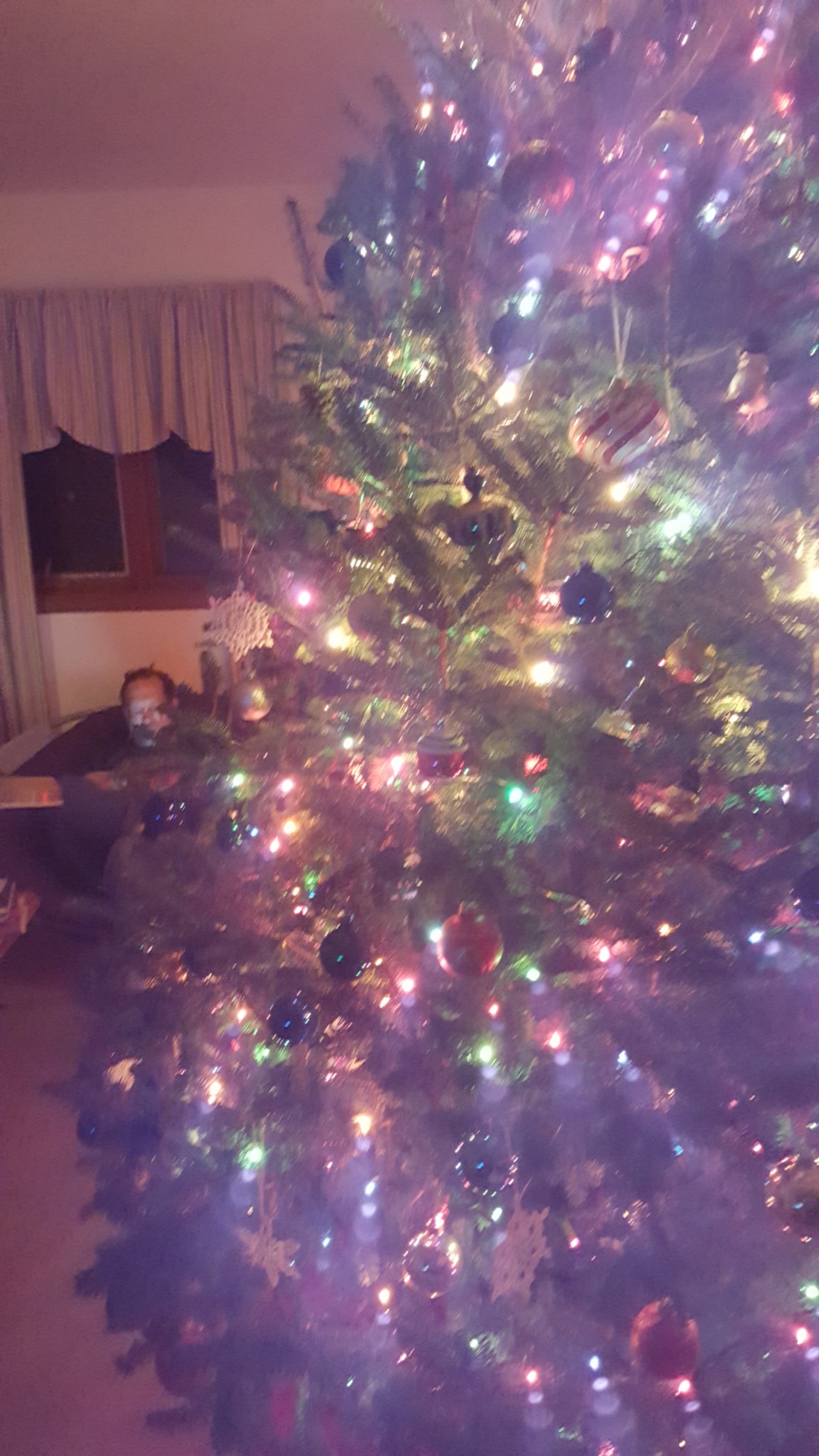 I did the whole tree today including the lights.  X has done the lights for two decades.  I guess he’s retired.  I did them.  They look fine.

I don’t know how to describe my mojo today.  Low mojo.  But not an existential crisis.  Just low mojo.  It’s like having a cold.

We went to Simple Roots Brewing for beer & Pie Empire Pie.  Then downtown, bought a couple of gifts.  Then dessert downtown.  Too much inedible buttercream.

I love going downtown.  We used to go nearly every weekend.   Now, there are so many other choices.  Maybe I love being downtown because I was young there?  Or because I’ll always miss an urban environment?

And so largely melancholy today… but we came home, with the tree lit up, and damn it looks nice.

My life's journey has taken me from the streets of New York, up the Hudson Valley, to a little goat farm under Vermont's highest mountain. View all posts by christinestaffa